Sweet tooth? Boy have we got some news for you…

Ruby chocolate is officially here in New Zealand and Miss Gee’s is one of the first eateries in the country to be serving it on the menu! Ruby chocolate has been making quite the commotion around the world as the ‘fourth type of chocolate’ (it’s the first new natural chocolate since white was launched about 80 years ago, joining old mates dark and milk) but has only recently made its way to our shores.

Created by Barry Callebaut, the world’s biggest cocoa processor, this new choccie has been in the works for more than 13 years and is made from pure ruby cocoa beans which are grown in Ecuador and Brazil. The beans aren’t genetically modified – we hear it’s the unique processing which unlocks their flavours and colour tones. That pink-hued goodness is all natural, baby!

Miss Gee’s’ take on the dessert, our signature Ruby Chocolate Tart, is a decadent treat you’re gonna want in and around your mouth. Stat. 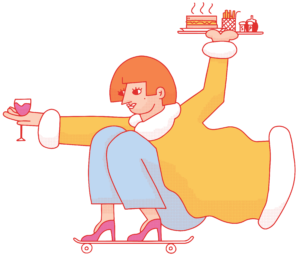